3D in Games - An epic tale of a new world

Electronic games took their first steps in 1947 and since then their development and fan base are rapidly increasing. Nowadays gaming is a way of life and some may even say it is a vocation! With that being said - there is not a single true gamer that would imagine a modern game without 3D. Why? Because 3D is the engine powering the gaming industry and taking it to new heights with every title released! In this post, we are going to present to you the epic tale of a new world where 3D in Games is dominating the industry. Let's kickstart, shall we? 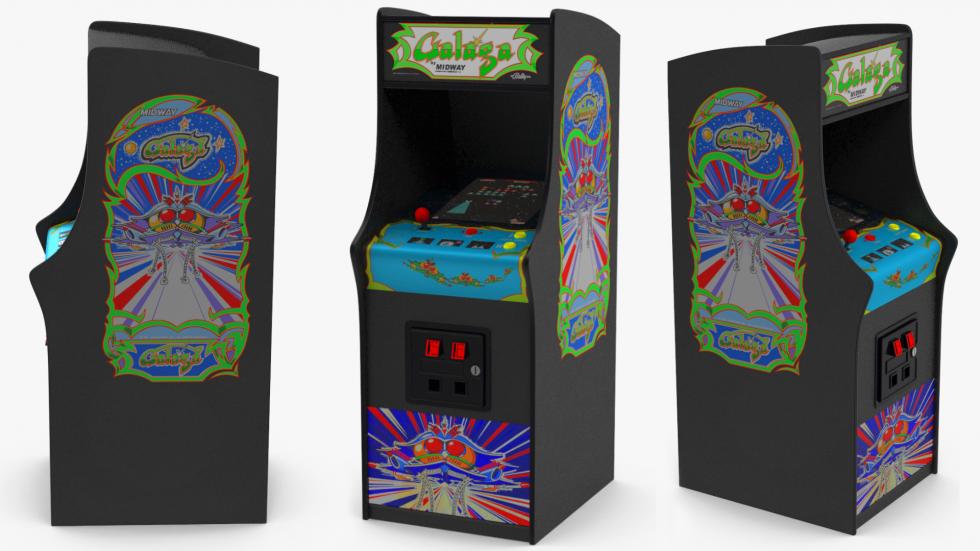 What are the origins of 3D in Games?

The first games on electronic displays are around since 1947. In 1950 appeared the first true video game. The first consoles, arcade machines, and all-time-favorite classics were born during the '70s and '80s.
Then gaming reached mainstream popularity and after a brief cooldown caused by the video game crash in 1983 (also known as the Atari shock in Japan), the industry was reborn.

As for the first 3D Games - they began to roll out after 1974 when the development of "Spasim" and "Maze War" started so it is hard to name a single title for the "first 3D game". In the first one, the gamer is flying between space networks with the possibility to see other players doing the same around him. The second one can easily be named the great-grandfather of all 3d shooting games (first-person shooters to be more exact). 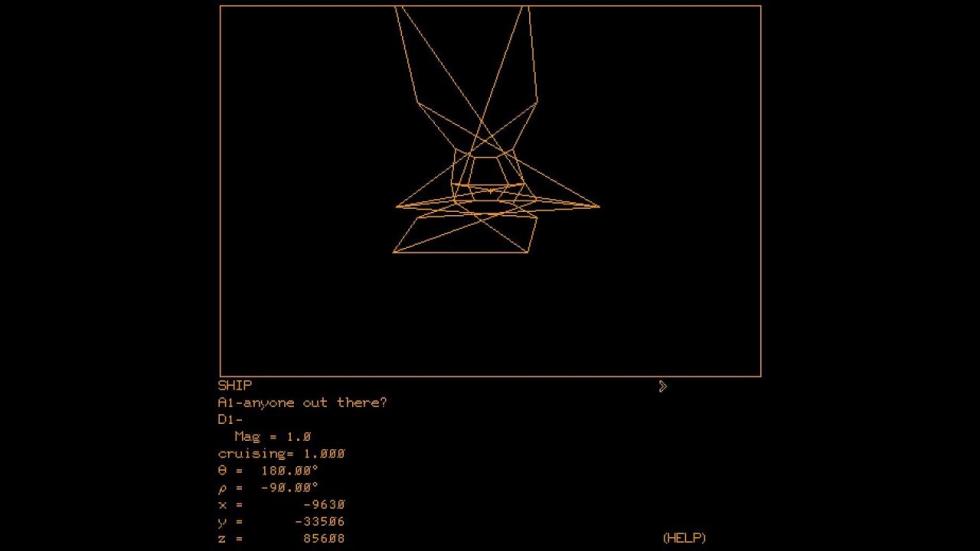 How graphics in 3D video games have evolved during the years?

During the '80s were introduced the pseudo-3D graphics (an illusion of 3D is created for the gamer while the game is entirely in 2D). A great example of this technique is the original Starcraft game (released in the '90s and re-mastered a couple of years ago).

In the '80s the world also saw the first 3D racing games and car games 3D development. And during the 90's thanks to the constant re-developing of first-person shooters and 3D gun games we got Wolfenstein 3D and later on the Quake series and other subsequent titles utilizing the same 3D game engine.

During the 90's we were also introduced to the fifth generation of consoles. The Sony PlayStation, Nintendo 64 and SEGA Dreamcast were changing the world forever! We saw the first 3D fighting games, 3D pixel games and many other types of 3D games.

What is more important is that in Nintendo 64 the 3D game models relied on clever sprite placement and manipulation. So despite the more advanced hardware capabilities of the console, the techniques used to achieve a 3D experience were merely the same as before its time. The first game with 3D game assets that were truly 3D and not just sprites and pixels was Sonic Adventure for the Sega Dreamcast!

The 90's also laid the foundations of the PC gaming as we know it today. With constant upgrades and new software, the PC gamers were getting awesome 3D games with great looking 3D game objects. 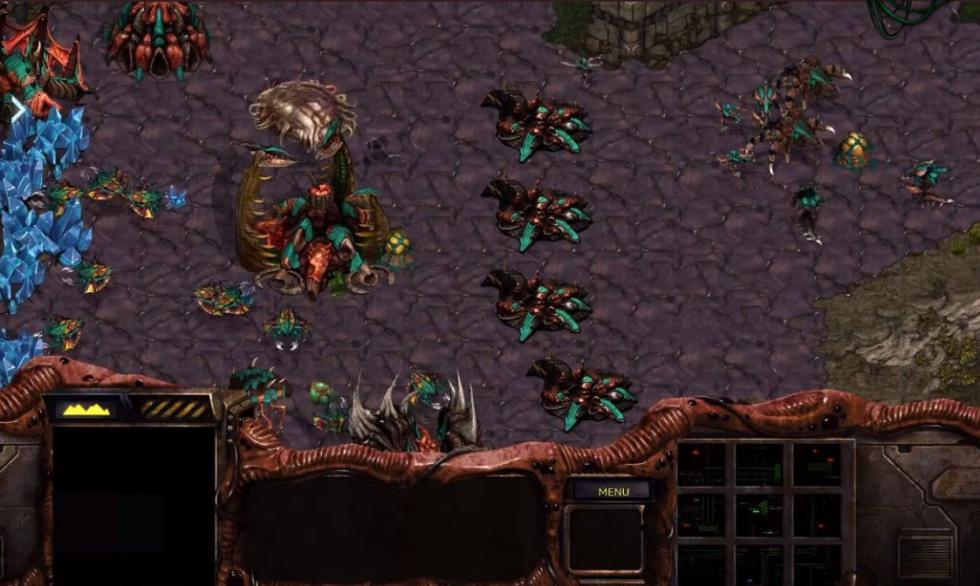 What about modern games and gaming platforms? How important is 3D in Games today?

The biggest players on the console market nowadays are Nintendo, Microsoft, and Sony. The world is expecting the next generation of consoles that rely heavily on 3D full HD and 4K graphics, precise controls and online multiplayer.

As for the PC games - the hardware is improving constantly and the next generation of NVIDIA and AMD video cards as well as AMD and Intel processors will blast our minds away. Even today a modern PC configuration can easily run a heavy 3D game with 60 FPS without any hassle. Online multiplayer is also important among PC gamers.

There are many platforms that can provide you with high-quality games of any genre on the PC. Steam, Uplay, Origin, Epic Games and many others are not only selling games but helping with the building of gaming communities as well.

A new type of 3D games is on the rise in the last decade. Mobile gaming! With the high demand for more powerful smartphones and tablets, the gaming capabilities of these devices are also constantly improving. Modern mobile GPU's and CPU's allow gamers to enjoy many great 3D games on the go.

Not a problem! Play first-person shooters, racing games, strategy games - you name it! And all of this is in your pocket!

Modern 3D platform games (consoles, PC, mobile) are entering a new era. AR & VR gaming! In these games, you are truly part of the gameplay. You can interact with any 3D object in the games with ease.

Mixed reality gaming brings 3D into the real world. You can basically play on the go. The capabilities of these technologies will soon allow you to play any game in 3D.

There is another important segment of the gaming market - board games. While most of them are physical games they do rely on 3D. How? Well for starters many board games will have figures which require 3D design and 3D printing.

Also, many of the board games are already re-created as 3D video games thus allowing online multiplayer with friends from all over the world. And let’s not forget the great possibilities that AR and VR can offer! With these technologies, board gaming is taken to the next level.

There are already some platforms like Tilt Five that allow friends to play a unique form of a board game in 3D! The feeling is the same as before as friends are gathered around a table playing and having fun together. And this is improved by bringing a unique point of view to the game to each player allowing them to secretly plan a new strategy for their next turn.

Thus board gaming can offer new experiences, supreme graphics for the maps without the need for large fields (and of course large tables).

All of this entirely in 3D with glamorous virtual effects! And yes - the possibility for online multiplayer is still present. You can play remotely with all your friends. The future for board gaming is here now!

Despite the fact that online multiplayer is on the rise, there is also a never-ending demand for high-quality 3D single-player games. In them, the player plays against the game. To be more challenging, these games need a powerful AI.

Want to beat a tricky boss? That's what we are talking about! Having a virtual co-op with an NPC (non-playable character)?

Again you need a powerful AI to aid you according to your actions. And this is something to expect from the latest 3D games. 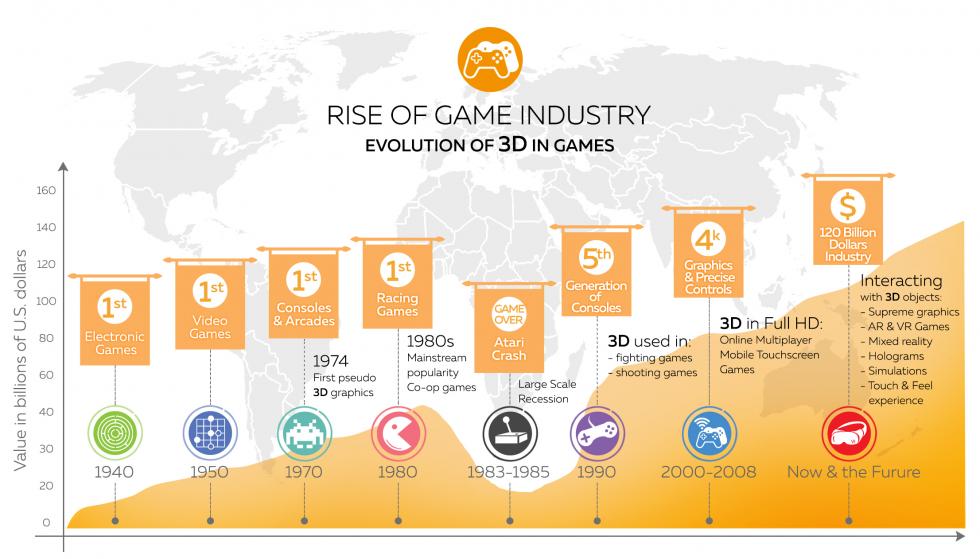 What will be the future of 3D in Games?

Mixed reality will surely be on the rise and 3D game creators are constantly aiming at improvements. You can expect interactions with holograms and more in-game immersion due to the constant development of 3D game making tools and 3D game creation software. You can also expect even more realistic graphics. Undoubtedly sooner or later they will be so good that they will be extremely hard to distinguish amongst real-life objects.

A specific case for virtual reality is the improvement of touch and feel the experience. New controllers are made that allow the gamer to not only see and move a 3D game object but also to fully interact with it by feeling its presence.

This is achieved by the integration of multiple sensors - muscle, 3D motion, and others. Multi-channel electronic muscle stimulators and vibration motors are also included. With their aid, the gamer body will receive haptic feedback impulses from the game and therefore can touch and feel the virtual objects as if they were real-life ones.

With the increased realism of graphics and the possibility of touch & feel, as well as AI improvements one can begin to wonder if one day humans will decide that the real world is not for them and will prefer the virtual reality where they can be god-like. If virtual reality becomes part of the day-to-day life then lots of people might prefer spending their time in such virtual spaces, especially if their social needs are fully met.

However the possibility of becoming 100% virtual humans cannot be taken into serious consideration. While the virtual escapism might be compelling for some, others will still prefer the real life with real in-person communication and interaction.

However, risk of overusing virtual reality is at hand and gamers need to take their health into consideration. That is why it is important to have rested with physical activities between gaming sessions.

Speaking of a healthy lifestyle - virtual and mixed reality can help for keeping you fit. There are many sports simulators and 3D running games. All you need is a treadmill and a compelling terrain to unleash your run. And all of this without having to leave your home! 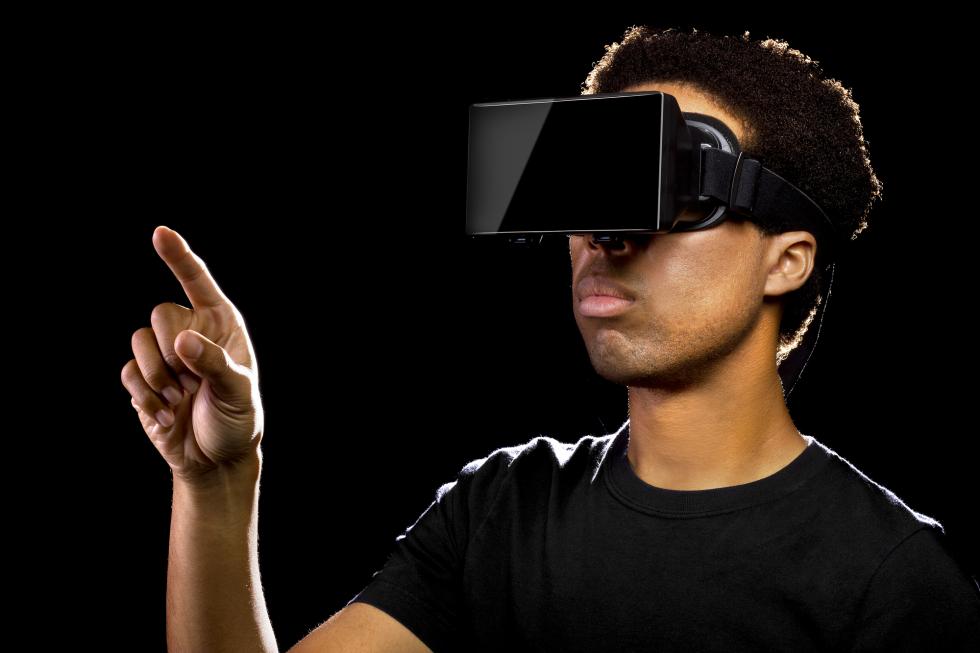 3D games are a wonderful thing!

In this post, you were introduced to the world of 3D games. You found out more about their origins, present, and future. An endless possibility is ahead for everyone who intends to create and sell 3D models for games.

The development of technologies will require better designs and 3D models. That is why 3D artists have accepted the challenge and are giving their very best to create the realism that a true gamer can expect from a high-quality 3D game. 3D game makers will continue to create compelling storylines.

What do you think? Share your thoughts with us and if you need assistance for your next 3D game project, you can count on us!