Learning 3D modeling can be like pushing a boulder uphill. It's a grueling work and it helps to have some machinery in place to speed along the process. Finding the proper 3D Max modeling tutorial can be like that machinery that stops the rock from crushing you and a well oiled machine will guarantee you a steady progress with your work so you don't get discouraged and quit.

With the "Soviet Machine" I focused on teaching you the proper way of thinking when approaching a bigger model, especially if you are new to 3D studio Max and 3D modeling in general. You have to move from big to small, in other words you get the proportions first and then start work on the individual elements. Following this advice, let me first tell you a little bit about the big picture, how this 3D project came to be.

The Soviet Machine modeling tutorial was created in 2011 as part of a side 3D modeling job for a friend of mine who needed a 3D stock factory model for an university project and he had chosen this particular machine for making gears. Since it is a big and detailed model I wanted to make use of the time I would invest in creating. The decision was made to turn this project into a 3Ds Max modeling tutorial series that will be useful for beginner and intermediate artists. There are no blueprints and initial measurements provided by the client ( my buddy ) and that was the perfect opportunity to show new artists how to deal with this issue. I also wanted the videos to be easy to follow so I recorded all the steps, not missing anything on purpose and yes, that means I recorded my own mistakes as well. It is important to show mistakes in a 3D modeling tutorial, so that you can also show how to fix those mistakes. It this video series you will see plenty of mistakes, but fortunately also plenty of fixes to common mistakes.

Geometry skills are essential in order to be hired by any 3D modeling company and that is true as much today as it was in 2011 when this tutorial was made. With the development of photogrammetry and scanning technology the creation of 3D models from photos will get easier and easier. However, these advancements will benefit mainly the creation of physically based textures because good clean topology will always be needed, especially in games, rigging and animation. With that being said, you will have to constantly strive to perfect your geometry skills while working on projects and artworks. At the end of the project the 3D files that you submit to your team members or the clients have to be in perfect shape to avoid any problems. 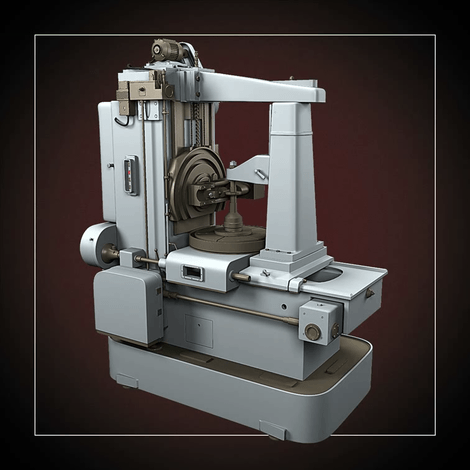 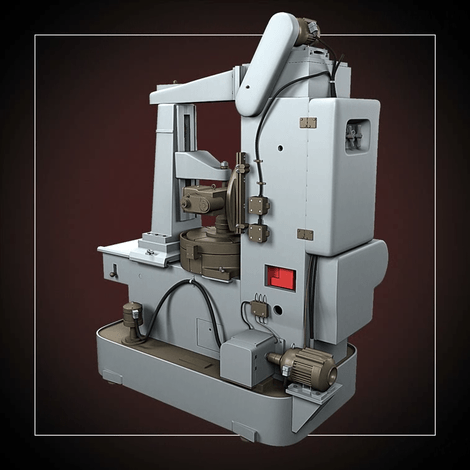 Now lets dive a little bit into the structure of this tutorial. First, we start with the block out of the machine from primitives. This step is essential as proper proportions of the block out will result in proper scale between the finished elements of the model. They say that proper planning prevents poor performance and that is definitely true with freelance 3D modeling. Your clients will expect you to deliver high quality models and on time so start developing good production habits from the get go. Modeling is like the foundation of the pyramid, you can't build the rest of the structure before you made sure you have a proper foundation. This is especially true for freelancers, as most freelance 3D Artists are generalist. That means that they can produce a model / scene from scratch, starting from the concept through modeling, uv work, texturing, materials and of course rendering ( and real time rendering ). When it comes to big 3D studios it is not uncommon to have artists that have specialized in one particular area of the CG process. There are modeling experts, texturing experts, environment artists, people that only work with lights and cameras, etc. However, these high performing artists are not clueless about the other parts of the 3D production process, quite the opposite. Often they have chosen to go deeper into a specific skill that they can develop excellence in.

We've used this comprehensive tutorial to teach several members of our team in the beginning stages of their development. Now these same artists contribute to the expansion of our massive 3D model library. So if you are just starting out and you want to work on custom 3d project you have to build up a toolkit of skills since you don't know ( and often times don't have the luxury to choose ) what the work coming your way will be. The Soviet Machine 3D Max tutorial will give you the base you need to quickly develop your modeling. 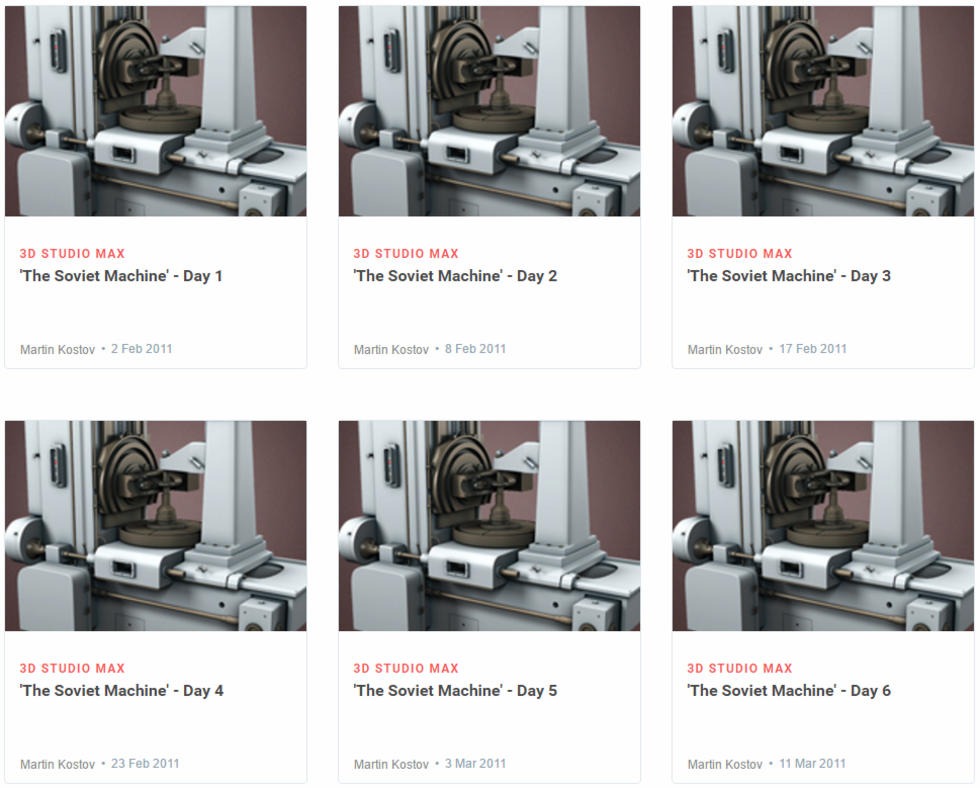 The wireframe you see in the beginning of the post stands as an example of the final mesh quality. Everything you see was created back in 2011 so there are a few 6-stars here and there, but besides that the topology is clean and you will learn how to use control edges and build shapes into hard surfaces. If you are new to this and want to stack up skills so that you can do 3D modeling freelance this is a good place to start. The tutorial is available on EnvatoTuts+ as well on Youtube uploaded by various channels. Here some links:

Check out our 3D Modeling Services