The modern relation between business and customers utilizes new experiences and engagements. To meet that demand, every day a vast amount of content and analog information is transferred from the physical world to the virtual, thus becoming immortal for many generations to come. Industry 4.0 introduced the digital era to the world!

Do you remember that spinning image of the car you wanted to buy? Or that funny non-human character in the movie? Perhaps you recall having a great time with that computer game?

Do you know what is the common thing between them all? The answer is 3D Digitalization!  In this post, we will explain it in detail.

By the end of it you will know: 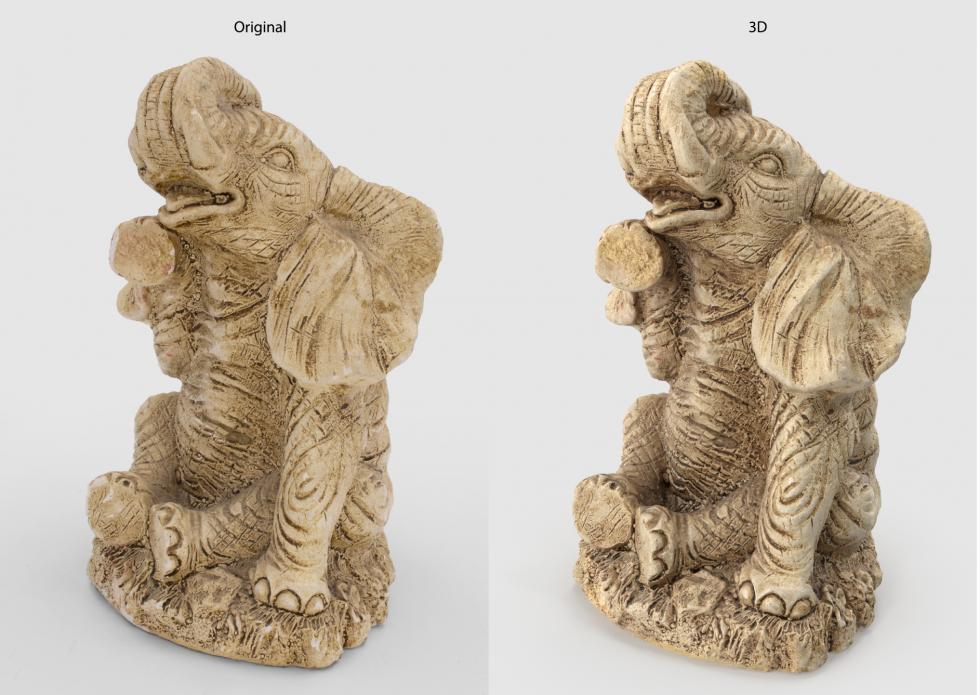 In general, this is the conversion of analog source material into a numerical format (analog to digital transformation). It allows various information in different formats to be carried efficiently and to be intermingled. And when we are speaking of 3D Digitalization this means the re-creation of objects from the physical world into the digital one. The output is a digital representation of digital objects, images, videos, etc. Digitalization is also known as Digitization.

Digital data can be easily accessed and shared. That is why many businesses prefer to digitize documents, products, processes and so on. Therefore it is a favored way of preserving data and in terms of 3D this is crucial for the digital preservation of architectural masterpieces, historic monuments, art, objects, products and much more! When they enter the digital world they will remain there for the foreseeable future.

The unstoppable forces of decay over time will not be able to damage the digital object in any way. This also creates possibilities for virtual tours of museums, archaeological sites and so on.

Digitization and digitalization are also cost-effective in the long run and can be used for improved customer engagement. This is also a key characteristic of Industry 4.0. Speaking of the latter - Industry 4.0 combines different technologies to integrate digital information from various sources so that the physical act of manufacturing can be improved as well as the business-customer relationship.

Some of the technologies that are used for this purpose are:

When and how Digitalization started?

3D Digitalization relies mainly on two methods - 3D scanning and Photogrammetry. So our journey back in time starts with the oldest of them. The earliest usage of Photogrammetry was in 1840 when the French Geodeist Arago used a process called Daguerreotype. The name itself was coined by the Prussian Architect Albrecht Meydenbauer in 1867.

After its initial usage, Photogrammetry passed through many cycles, each lasting around 50 years:

Nowadays the latter is widely used as well as 3D Scanning which relies on specific scanners to re-create an object as a 3D Model.

3D Scanning was born in 1960 and the earliest tools used lights, cameras and projectors to perform their operation. After 1985 3D Scanning was improved by introducing scanners that use white light, lasers and shadowing to capture the surface of the objects.

The end result of both Photogrammetry and 3D Scanning is the same - a 3D Model. That is why Digital Photogrammetry can also be viewed as another way of scanning. 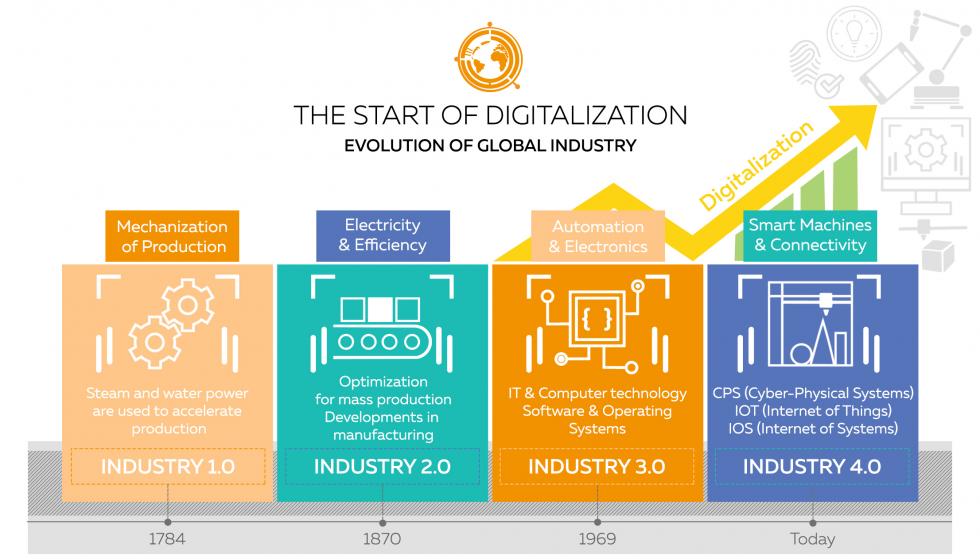 Let's find out more about these two methods for Digitalization!

Photogrammetry is the technology, science, and art of capturing reliable information about physical objects and the environment. It relies on the process of recording, measuring and interpreting photographic material and patterns. Initially, this method was used for topographic mapping.

Nowadays it has applications in other spheres as well. Photogrammetry can be used for manufacturing, police investigation, architecture, geology, engineering, meteorology, and cultural heritage.

There are aerial and close-range variants of this method. The first one relies on taking pictures from an aircraft and the second refers to the collection of photographic material from a lesser distance.

To digitize an object by using Photogrammetry you need reliable camera equipment. While any camera might be used, it is highly recommended to consider a few things. First, a DSLR camera will provide you with many different settings, raw image formats and, of course, high-quality images.

Second, you will need a suitable lens that will provide wide-angle, without any distortions. Third, you need to apply a specific set of settings by focusing on the ISO. The lower it is, the better the image quality you will get. A tripod might also come in handy, depending on the objects that you are trying to digitize.

Next, you have to start photographing the object. For the purpose of Digitalization, you will need to take a picture from all sides. After this, the captured photographs need to be processed by using specific software like Autodesk ReCap, Photomodeler, 3DF Zephyr, Pix4D, Reality Capture.

One very important thing to bear in mind is the fact that the processed 3D scan may need optimizing. Sometimes 3D artists may need to re-create it so that it can be used for a specific purpose without causing distortions and lag (especially for video game purposes).

What is 3D Scanning?

Photogrammetry, as it became clear earlier in this post, is a method of 3D Scanning. However, it can also be achieved by using specific hardware - 3D Scanners. The process is again the same - the surface of the object needs to be scanned from all sides and degrees and the gathered data needs to be processed with suitable software so that a digital form of the object is created.

Scanning itself can be challenging especially if the geometry of the object is complex. But thanks to the development of powerful computing systems, the depiction of both the geometrical and chromatic information of the scanned object is processed with great time-efficiency. Because of the progress in the development of such systems, the market for 3D Scanners has been continuously evolving. There are contact and non-contact scanners that allow 3D artists to gather data efficiently.

The usage of 3D Scanning allows faster and better three-dimensional digitalization, compared to other methods. After the scan is over, the software-generated 3D Model usually goes through an optimization process. 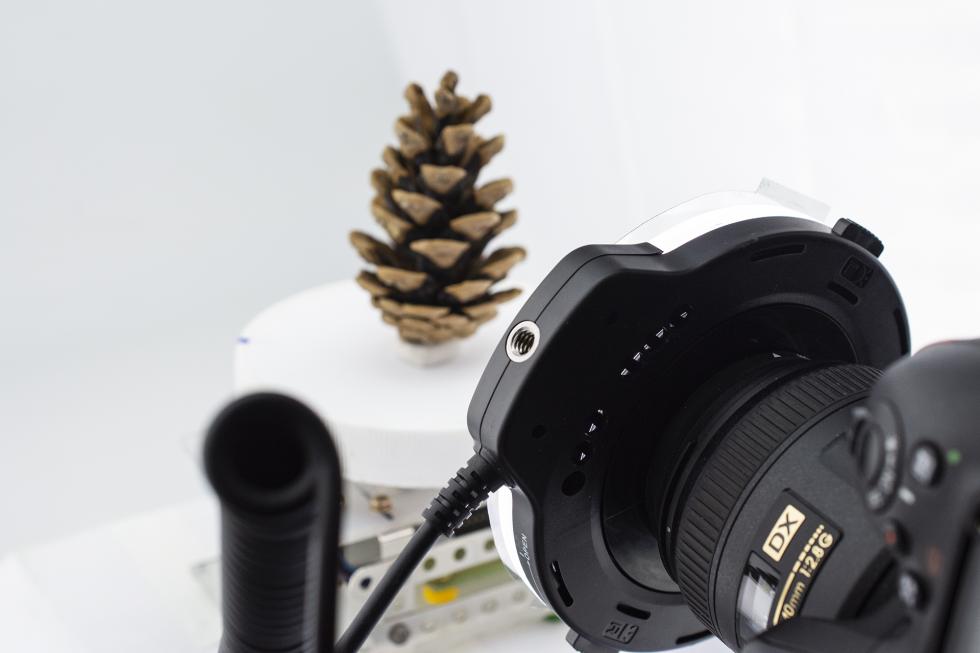 They do it using the methods already mentioned above. However, there are other ways of digitizing as well. For example, 3D Artists can use single or few photographic images as a base with which they can model or sculpt the 3D Model.

Another way is to use the blueprints of an object. These methods are more time-consuming and more effort is needed for the completion of the digitalization projects. But Photogrammetry and 3D Scanning are also not that easy.

Many times the data that needs to be gathered requires a variety of activities. Traveling teams with scanning or photogrammetry equipment are sent to a specific location to scan. And the conditions may be harsh - from freezing temperatures to under-water activities. For example, scanning a shipwreck may involve a mixture of 360-degree video captures and photogrammetry.

Also, many diving sessions need to be performed by skilled specialists. Let's not forget that the gathered video and photo materials will have a huge size in gigabytes and this will also result in a complex computer processing time. One WW2 shipwreck scanning took 24,307 images with a size of 637GB, processed for about 65 days. 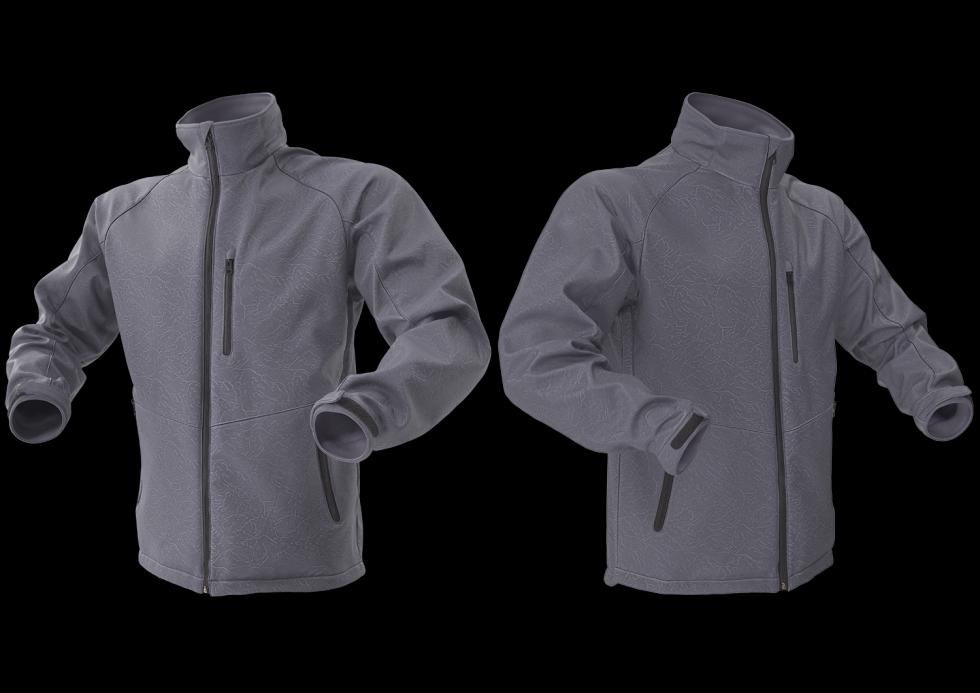 What are the Digitalization trends?

The VR and AR technologies are placing the focus on 3D Digitalization. They have various purposes, but in terms of client engagement, they help with improving the uptime. The old marketing techniques pursued, like motivating the customer to visit a physical showroom, store or another location to try and purchase a product or service. And you can imagine how challenging this is, especially when a business operates in a niche with the saturated competition.

With AR, VR and the future possibility of Mixed Reality (MR), this is no longer the case. With these technologies, you can see how your new couch fits in your home before buying it.

You have full control over its placement, interior arrangement, colors, etc. Like that new dress? See how it might look on a model with your body measurements.

Not sure if that new 4x4 vehicle will fit in your garage? Use AR or VR and find out! There are many other possibilities and that is why more companies are currently in demand for digital solutions that will introduce immersive experience.

A specific example for the digitalization trend is IKEA. The company is providing a way to directly purchase a product that you find suitable for your home interior by using an AR app for your phone. This not only reduces costs for IKEA, but allows clients to be 100% satisfied with the final purchase.

Оther examples for the usage of these technologies are: 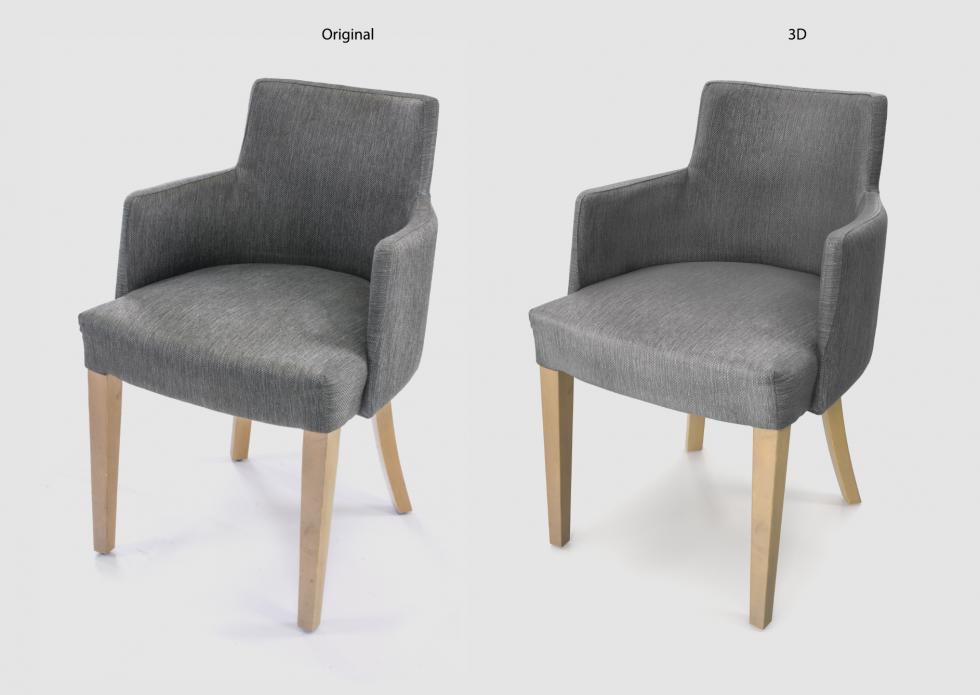 What the future holds for Digitalization?

AR and VR will imminently lead to a Mixed Reality in which the physical and the digital co-exist. Holograms will become more frequently used and their help as self-service booths and exhibit displays will bring extreme value to all sides.

But there is more! Remember when we stated that Digitalization can immortalize the scanned objects? Now imagine immortalizing humans. While this may sound like it's taken right from a sci-fi movie, there are teams that are exploring this possibility.

The human mind might be digitized by using Machine Learning and AI technologies. And 3D Digitalization can preserve the human body. The combination of both might result in the possibility to enjoy the presence of our closest people in a digital format even after their physical form has passed away. The same can be applied for pets and even dreams.

AR and VR can aid in the training and education of children and professionals alike. While simulators are already used today AR, VR and Mixed reality will bring a new era of virtual schools and professions.

The Digitalization revolution will continue to improve!

From every single piece of paper documents transferred to a PDF file and terms digitization to the most advanced 3D Modeling of the Egyptian Pyramids or even the Moon - the technology will just keep getting better and better. Do not stand in the shadows - make your business attractive and engaging by digitizing your products and services. We can help you with this task!

So what do you think? Will there be a benefit for your clients if you provide them with next-level experience? Share your thoughts with us and in case you have questions, our team will be pleased to assist you! 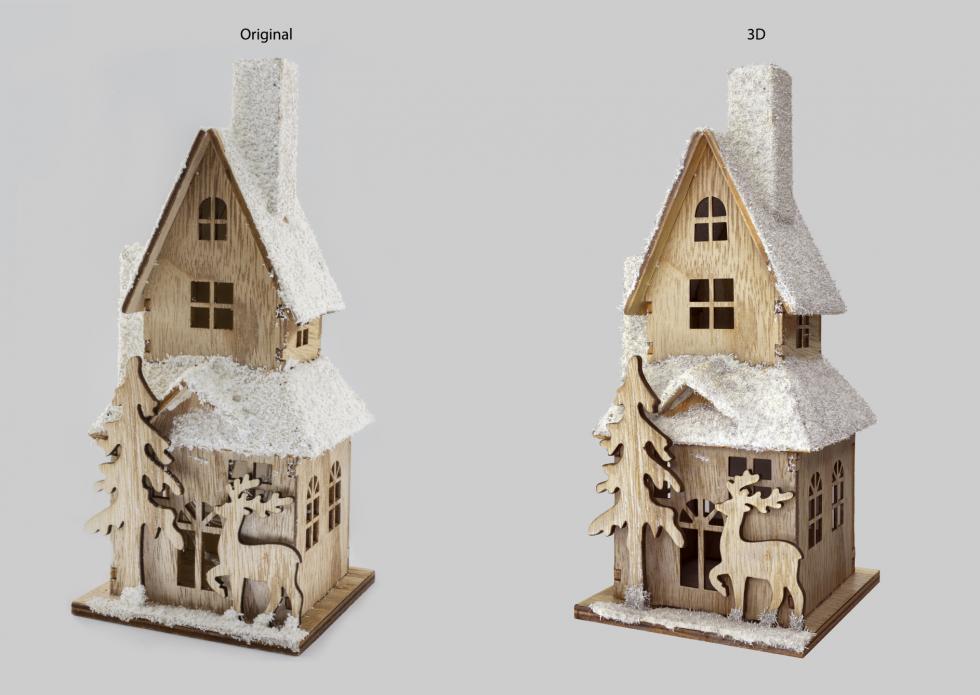