What is 3D Rendering?

3D Rendering is a process done by a computer to visualize a 3D object or scene into a picture or a sequence of images ( video ). This rendering 3D process is one of the final steps in the creation of 3D Art. First, the 3D modeling as well as UV, Texturing and Material ( Shader ) work gets done, then you put in the lights, and finally, you proceed to render out the final result. 3D Rendering services are regularly used by a variety of 3D professionals - 3D Designers, Architects (3d Architectural Rendering and 3D architectural visualization), Manufacturers, Game Producers, Movie Producers, Developers, Entrepreneurs, Interior Designers etc. And let’s not forget for all other non-3D professionals who use realistic 3D rendering services to better represent their products. With 3D product design and Rendering, they can market their ideas - visualize their real estate property; make a presentation at school or for their colleagues and peers - with 3d visualizations. 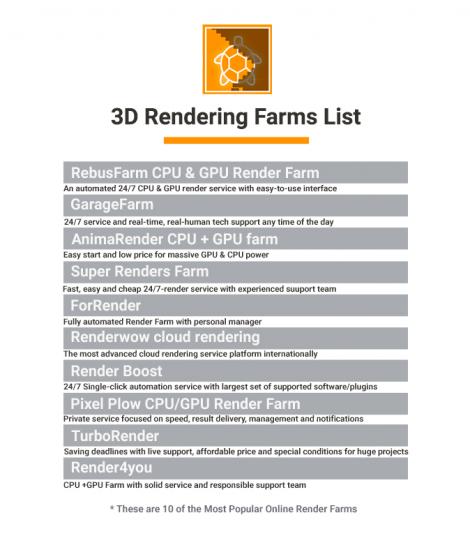 How to use 3D rendering?

If you are one of the types of professionals listed above, then you already know all the benefits of high-quality 3D rendering. However, if you are new to all of this and you are looking for a way to make waves with your idea, presentation, marketing strategy or design, you need a 3D visualization.

Nowadays everyone is looking for a way to out-present their competition. To grab the attention of their customers, and this is done with the help of 3D rendering. This kind of digital representation can help you bring the idea in your head from an abstract concept into a tangible design that others can relate and buy into. 3D Renderings can show your potential clients or investors the product you envision and its functionality.

The 3D Rendering industry has grown in the last few years, and now there are many great businesses out there that offer a staggering amount of computational power to their clients. Here is a list of some of the most prominent 3D Rendering Farm Services on the internet:

If you are a 3D Artist or a 3D Designer and you have completed your 3D project looking for a fast way to render your images your best bet is one of those companies. They can offer you speed, delivering your project in minutes, rather than days.

On the other hand, if you are looking for individual attention to your needs and your project, then you need a studio with access to a 3D Rendering farm. A 3D studio or a 3D rendering company will help you in developing your idea or design into a project. One of the many benefits is that you will receive your image or videos without making your hands dirty ( sort of speak ). 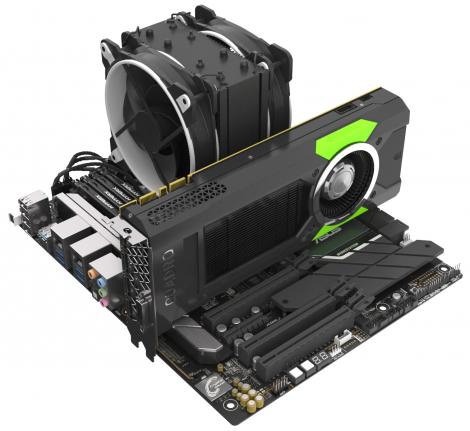 If you work in the 3D industry, you may have also heard the term "3D Rendering" to mean the creation of a 3D product to produce specific images. So if you are a 3D freelancer and a potential client comes to you with the ask to "produce 3D renderings" of a product, this may mean two different things for you and them. You may think that you are receiving 3D models from the client, which you will organize in a scene or composition to render them. Your client, on the other hand, may expect you to produce (or find) the 3D models needed for the "rendering" they require. Be prepared to clear this point with your client and explain the production process to them, so that there are no misunderstandings. 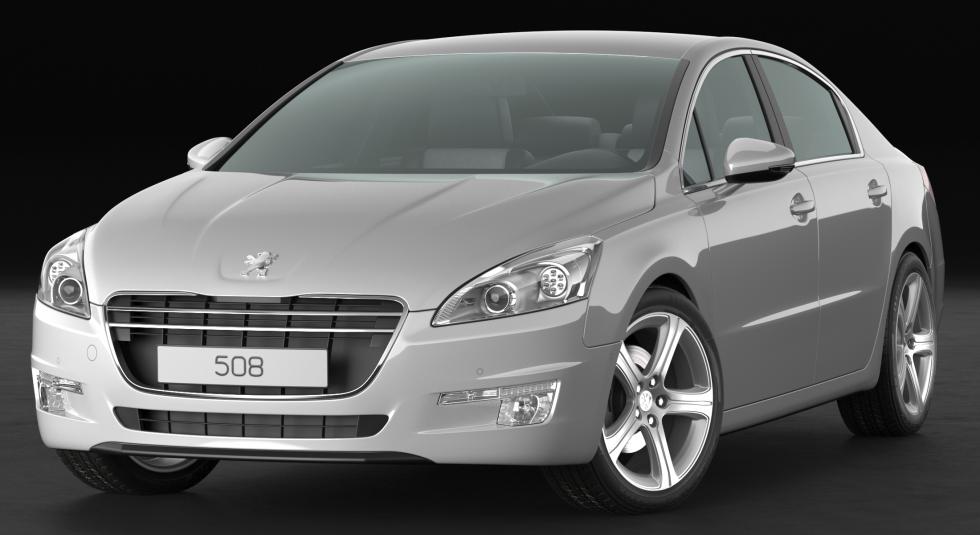 Whenever rendering is involved, there is also the subject of the hardware and software. As a general rule, you need a powerful computer to be able to transform your 3D scene into beautiful renders ( images or videos ) quickly. And of course, the software you use to do that is also of great importance, because not all programs and 3D renderers are created equal. Some of the most popular and powerful 3D software that 3D artists use are 3Ds Max, Maya, Cinema 4D, Blender. Though they all have differences and strong points, they all have excellent render capabilities. This is especially true when you add up the external plugin renderers like V-ray or Corona. Such advanced 3D renderers are compatible with a wide variety of 3D software and can be used to create stunning and photorealistic renders. In fact V-ray is used in many Hollywood productions for the creation of scenes that have no visible distinction from the actual footage.

Computer-generated imagery (CGI) has been used in movies for about 40 years now, but with the fast growth of computer technology, the use of CGI has become mainstream. Nowadays, there is hardly a movie or a TV show being produced without the help of 2D and 3D editing and animation. The question no longer is "Is there CGI in this program?", instead it has transformed into "Can you spot the CGI in what you are seeing?". We all know the beautiful 3D movies from Pixar, Dreamworks and other amazing studios, but it turns out that live-action film can have up to 80-90% CGI content. In 2019, movies like the Lion King are considered by some people to be live-action movies, even though they are 100% CGI. This is because the computer-generated content is so lifelike that it is almost impossible to tell the difference.

In fact, computer-generated graphics have spread to several industries beyond Hollywood and the movie industry in general. For starters, let's look at the Gaming sector. The computer games industry is huge ($150b per year), and it is developing fast, especially with the introduction of virtual and augmented reality in the last few years. Games are becoming so real that we are not far away from the "fantasy" way of life shown in movies such as Ready Player One. Another industry that can no longer live without 3D rendering and CGI, in general, is Architectural. It is now easier and faster than ever to present an exterior design project with the help of 3D rendering. Nowadays, architectural projects for millions and billions of dollars are carefully examined by a specialist from every possible angle before being presented to the public, again with the help of 3D imagery. Simulations are run to detect potential flaws in the design or durability of the materials. This is also true for interior design and renovation, as everybody wants to see how their home is going to look like when it is finished. People are much more willing to commit their hard-earned money if they can imagine living and enjoying their future home.

The use of 3D rendering for presentation and development has grown so much in the last decade that it is now easier to find industries not using 3D in some way than to name the ones that do. This fantastic expand of the 3D industry is due to the demand of the fast-growing technology sector. With the help of 3D, many scientists and professionals have been able to visualize, simulate or in some way better understand the subject of their studies or experiments. Think of pilots training in virtual reality simulators or astronauts preparing for their mission in space. CGI is handy when you want to present an abstract idea or a concept like the movements of the microscopic and subatomic worlds, for example. 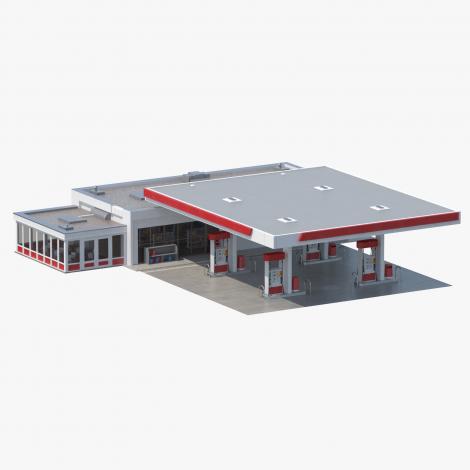 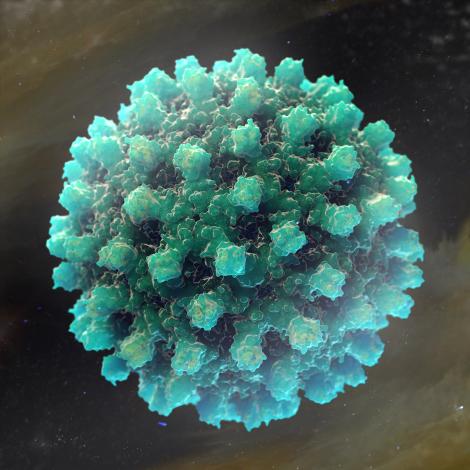