This is a project we created for a client of ours who is involved in the sporting industry. Creating this showcase was a great experience for us because we were able to work with cloth simulation and dynamics as well as create detailed close shots, which are always a challenge. We created everything from scratch as we started by finding references and information about the types of ice hockey goals, equipment and nets. The first step was to model the hockey goal with a great attention to detail. All the video equipment inside was researched and created to closely match the references provided by the client. Once this stage was approved, we moved to the net itself. It was important for the net to be highly detailed and believable and also to be able to rip open on few different locations. The client ended up choosing two points of impact that we edited in order to make them suitable for the rip through effect. 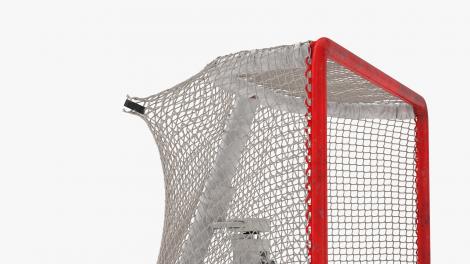 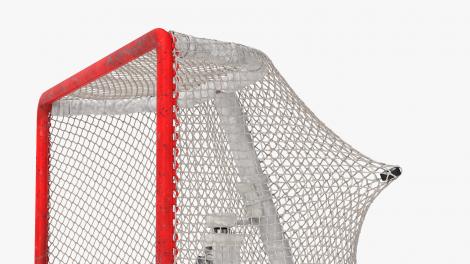 In order to make the two spots rip open, we created a new geometry there that could open after a certain stretching point. Once the net brakes open we introduced a series of cloth strings at the end of each piece. This brings realism to the effect, showing how the individual pieces are jiggling and moving around as a result of the impact from the puck itself. The cloth strings themselves were created using planes with texture and alphas. 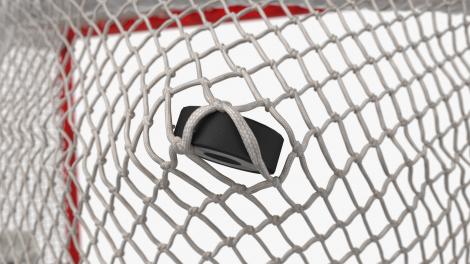 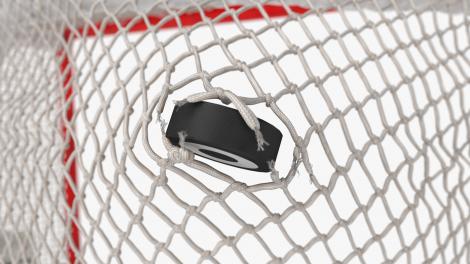 Below you can see a video of the work in progress on the cloth simulation and stretching effect before the net rips open. This is a video we recorded to test out the dynamics of the net itself and used to send out to the client for his approval on the realism of the movements. There are a few kinks to still work out so that the movement of the net and the dynamics of the shot are realistic and suitable for a close view.

Now, in this next video, the process is almost complete. The dynamics of the net have been developed and approved by the client. So now we are looking closely at the way the net brakes open and the small details, like the cloth strings that spill out. Fortunately, the animation sequence was approved and we were free to move on to the second impact area at the other end of the hockey net. The production of this project took us about a month to research, plan out and develop.