We are very excited to present to you our newest showcase image of the Mark 46 Iron Man. Of course, our inspiration for this model came from the 2016 Captain America - Civil War, where the robotic suit of Tony Stark is featured. It took some dedication and patience to find reference images from the movie trailers and online but we've managed to find some. We are going to let you in on a little secret, there are more compositions of the Iron Man coming soon, maybe even featuring some other 3D Stock assets of ours. 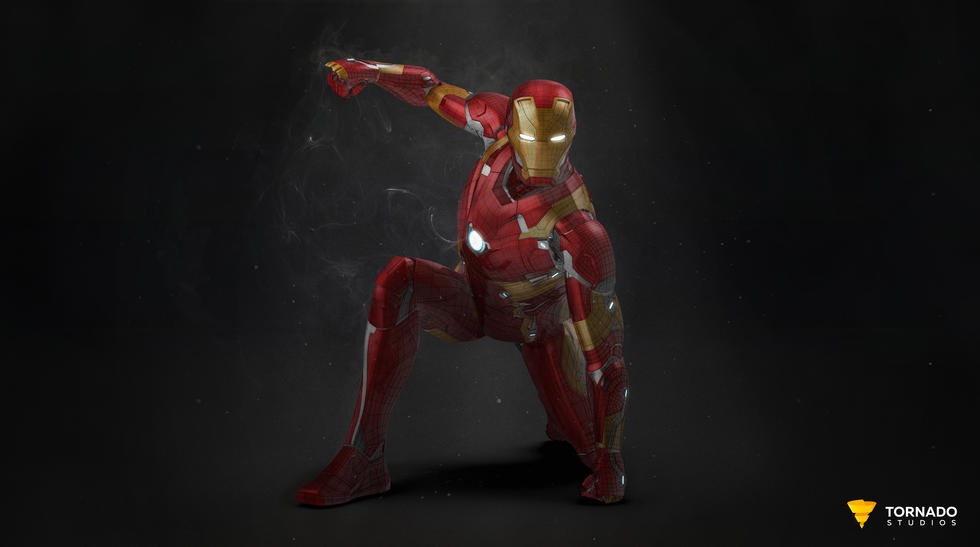 This concept however, features the character in a landing pose just after a fight in the sky, chasing after his adversary. Things obviously got heated but the Iron Man never backs down. 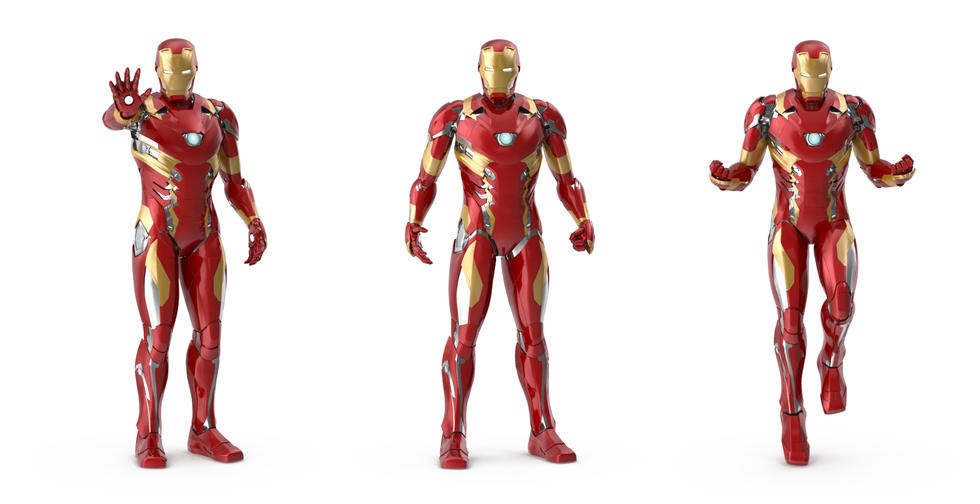 The model was created within a month, and progress was slow due to the lack of good references as the final asset was ready before the release of the movie. The final images were rendered in V-ray and post-production was done only on the Showcase image. 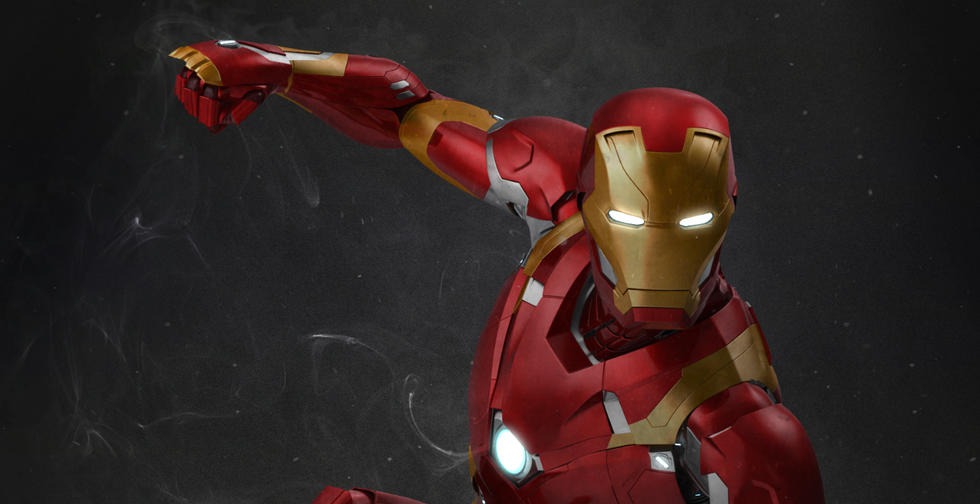 As always this model can be found in our online 3D Stock Catalog on Turbosquid. We have prepared five different poses - Warning Pose, Flying Pose, Taking off Pose, Landing Pose, and a Fighting Pose, as well as a fully rigged version for animation and custom posing. 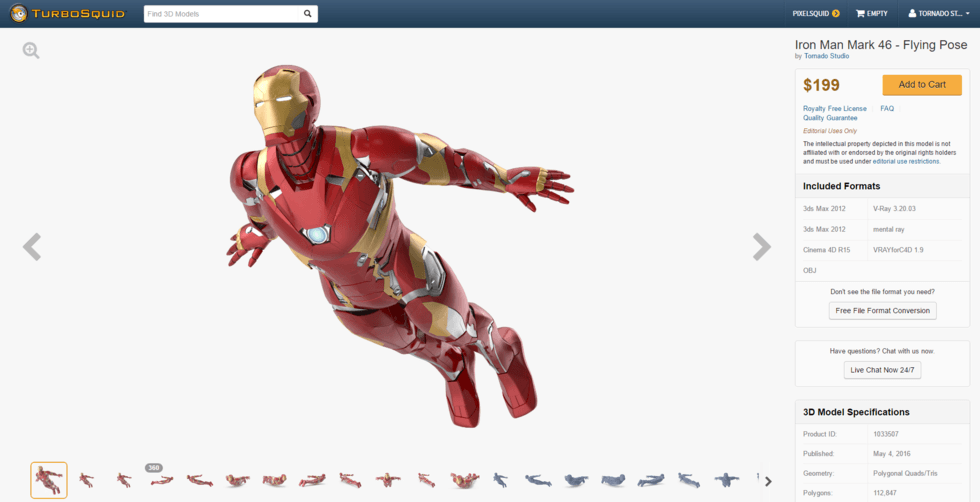 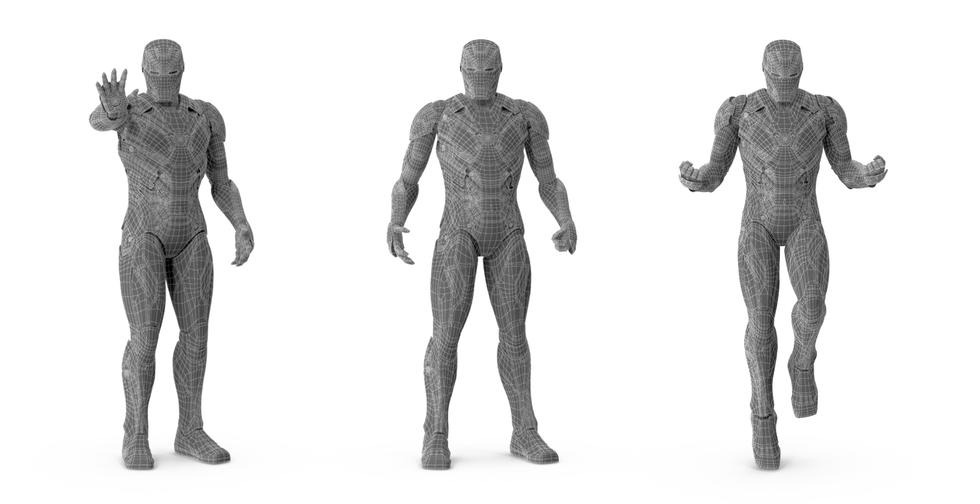